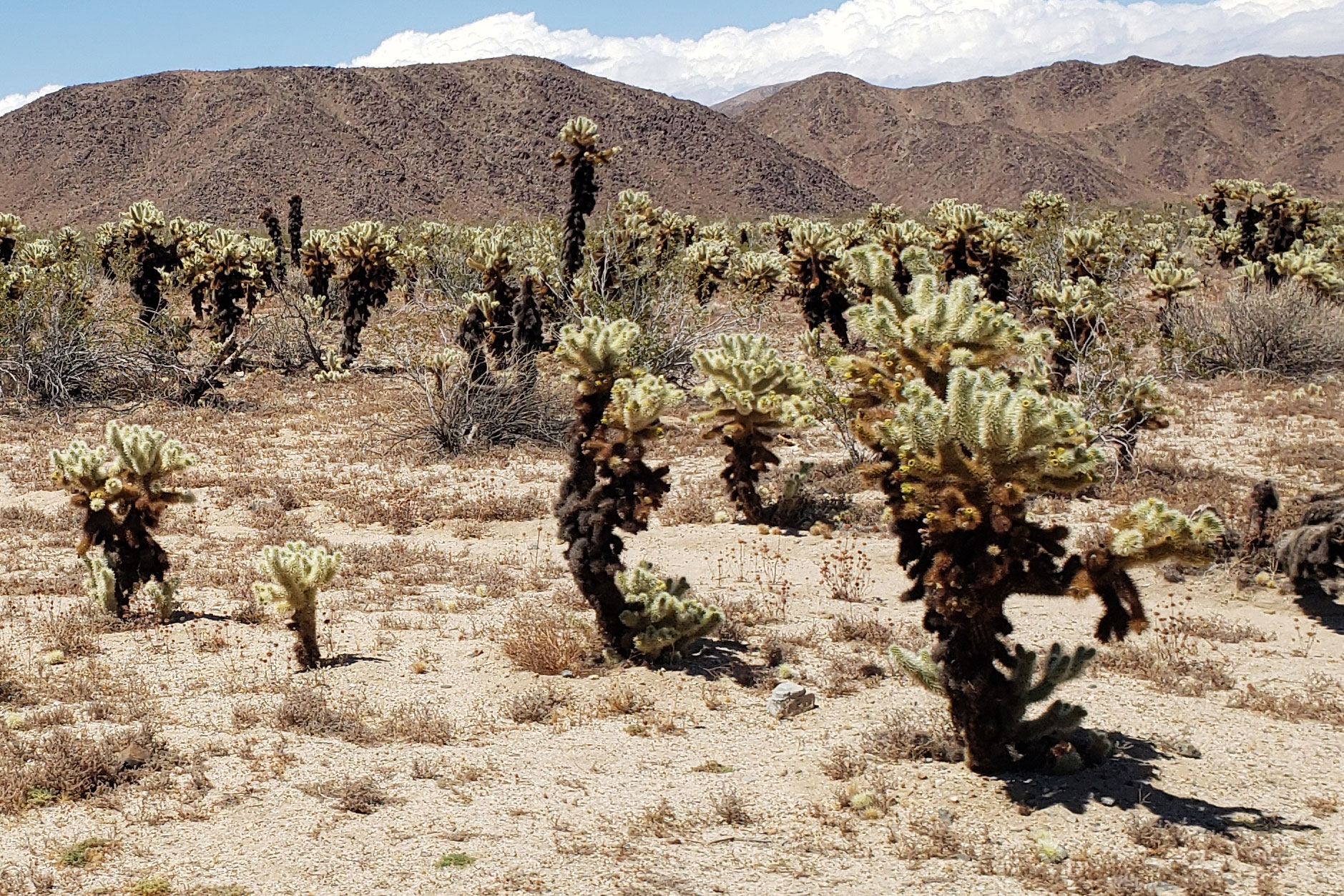 Southern California ecosystems range from semiarid to bone dry, and the region’s self-protecting plants range from standoffish to downright nasty. Here are a few dangerous and poisonous SoCal plants to steer clear of.

Pretty flowers, nasty bite. The poodle dog bush (Turricula parryi) often chokes SoCal mountain biking, hiking and equestrian trains in the spring. Touching them can cause anything from a mild rash to severe respiratory distress, and, for many people, symptoms are worse than a reaction to poison oak. Symptoms usually appear hours or days after touching the plant. Washing the area as soon as possible after exposure seems to be the only medical advice for dealing with it, other than going to the doctor if the reaction gets too bad.

The classic camping trip catastrophe. Pacific poison oak, as we all know, causes itching and potential allergic reactions upon contact, and it’s essence is summed up by it’s scientific name, Toxicodendron diversilobum. And woe to the poor adventurer who wipes with this most unpleasant of natural toilet papers. Poison oak is found in chaparral, typically on slopes and ridges, and is very common in Southern California mountain areas burned by wildfire. It likes California oak and Douglas Fir forests. If you’re exposed to poison oak, wash your skin immediately with lukewarm water to remove the plant oils. When you get home wash your clothes and any other gear that might have collected the oil. To treat the rash, you can: take an oatmeal bath, in a colloidal oatmeal preparation purchases at a drugstore; take a baking soda bath containing about 1 cup of baking soda; apply calamine lotion to the skin; take a cool shower; apply a cool compress; or take antihistamine pills.

Don’t like needles? Stay away from stinging nettle, a weed covered in toxic hypodermics. The plant projects hollow stinging hairs called trichomes from its leaves and stems, which inject histamine and other chemicals into the skin when you brush up against them. Washing the area and applying calamine lotion or other anti-itch creams may help relieve the stinging.

You know those sharp things sticking out of them? They hurt. Think Wile E. Coyote covered in spines. Don’t be Wile E. Coyote. A couple of common offenders from the cactus family are jumping cholla (Cylindropuntia fulgida) and plants from the prickly pear family. Jumping cholla spines are particularly painful to remove, due to reverse barbs running their length, and the “jumping” part of the name comes from how easily the stems attached to a person when brushed. If get stuck by a cactus, remove the spines with tweezers and apply an antibiotic cream. Guide to emergency gear to bring with you anytime you head into the backcountry.